Below is a list of good foreign language Bibles recommended and used by this ministry with links to obtain printed copies of them.  There is much disagreement among King James Bible believers about foreign language bible versions.  You don’t have to agree with all of my choices, but let me assure you that I do not make these decisions lightly, and I only use and recommend a foreign language translation after thorough research and prayer.

(Sometimes spelled “Van Dike” or “Van Dyck” or “Van Dycke.”)  This version is widely regarded as “the closest you can get to the KJV in Arabic” and is used by nearly all Arabic-speaking professing Christians who are NOT Roman Catholic.  After 11 years of working with dozens of Arabs, I have much confidence in this version.  Dispensationalists should note that 15 people from 6 different Arabic-speaking countries have told me that the Arabic word mufassalan in 2 Timothy 2:15 does mean “dividing,” although it can also mean “details” or “explain,” so most Arabs would have to be taught to intentionally apply the definition “divide” in the context of 2 Timothy 2:15. 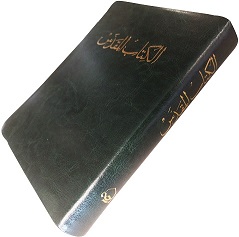 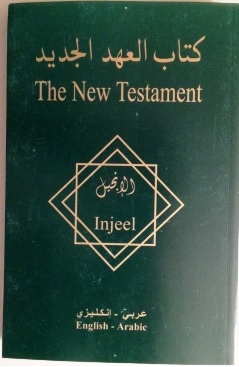 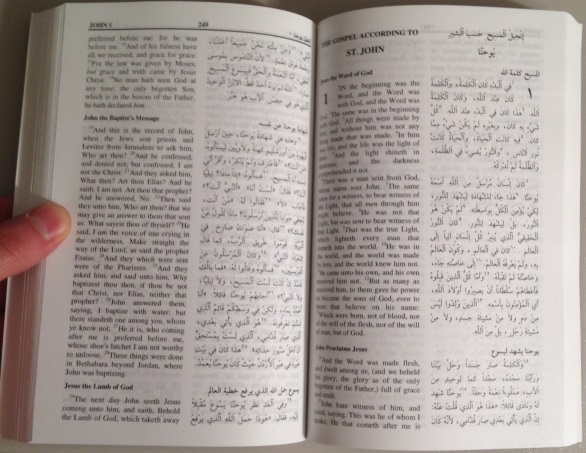 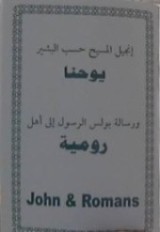 The Croatian KJB was translated from the King James English by independent Baptists. The word in 2 Timothy 2:15 (razlaže) has vaguely the same meaning as “dividing”: “breaking something down into its constituent parts.”

People in Croatia can get copies from missionary Sam Ward:
https://hrbiblija.cc/contact

The 1637 Statenvertaling is interesting.  Some of the King James translators helped translate it, so it is quite literally the “Dutch KJV.”  It has the correct Dutch word for “dividing” in 2 Timothy 2:15 (snijdt: dividing something into parts with a sharp object).
www.sv1637.org 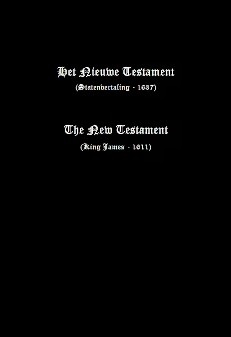 I have not heard a convincing case for any particular one of the many older French translations.  The King James Française is a meticulous translation of the King James English by Nadine Stratford, an independent Baptist. It has the correct French word for “dividing” in 2 Timothy 2:15 (divisant). 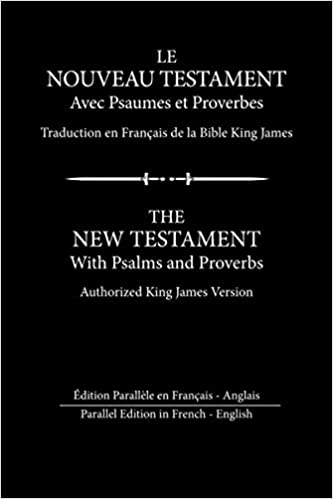 (Technically it’s 1574, because that’s when 1 John 5:7 was restored to the text.  But publishers call it the Luther 1545 because that’s the last edition Martin Luther published himself before he died.  The orthography of the currently printed edition is from the early 1800s.  It has the correct German word for “dividing” in 2 Timothy 2:15 (teile: dividing something into parts).
www.Luther1545.org

German-only and German-English copies:
Bible Baptist Bookstore
You can also buy the Large Print edition of the German-only Bible from the German version of Amazon. There is a drop-down button to change the website from “DE” (Deutch) to “EN” (English) to make ordering easier:
https://www.amazon.de/Die-Bibel-Standard-Großdruck-Apokryphen/dp/3861473127 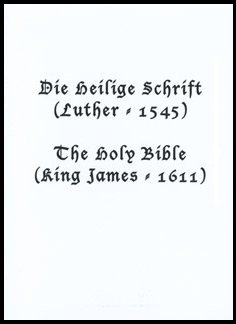 This German-only Bible can be ordered from this German website (Europe):
http://hbfstore.org/produkt/gesamte-luther-bibel-1545/?lang=de
or from Bearing Precious Seed (USA):
http://bpsmilford.org/contact

(The date is sometimes given as 1649.  The orthography of currently printed copies is apparently from no later than 1821.)
A longtime King James Bible believing missionary told me how Italians react to the old Diodati the same way Americans react to the KJB.  When Italians hear the old Diodati quoted, they perceive it to be “strong” and powerful, and the cults hate it, because it disarms them more easily than modern versions.  It has the correct Italian word for “dividing” in 2 Timothy 2:15 (tagli: cleaving something into several parts).

The chief translator of this Korean KJB was a Korean Baptist pastor named Dongsoo Jung.  It has the correct word for “dividing” in 2 Timothy 2:15, and is recommended as the best translation by dispensational Korean Baptist pastor Jack Kim who diligently examined and compared all 4 “Korean King James Bibles.”

The other three are:

* The Korean KJB of 2009 by Il-Bae Lee, which has some strange issues with names and being overly-literal.

* The Korean KJB of 2008 by Dr. Seo Dal Seok, which is a decent translation, but has strange alterations of the italics, commas, and capitalization in the ENGLISH text in its bilingual edition. Seok also holds major heresies concerning end times (e.g. no rapture, no great tribulation).

* The Korean KJB of 1994 by Dr. Song Lee of the Word Of God Preservation Society.  As of 2020, the text of this version is still not available in any digital form online.  It is the 2nd best version, and also has the correct word for “dividing” in 2 Timothy 2:15, but it does contain error. Song Lee imposed his strong doctrinal biases onto the translation.  For example, in Genesis 1:28, he purposely used a Korean word which can only mean “refill” to force the verse to conform to the Genesis gap theory.  Many people default to this translation because Song Lee is a hardcore “Ruckmanite,” but the pastor (Jack Kim) who recommends Dongsoo Jung’s translation was also personally taught by Dr. Ruckman.

The Portuguese bible version issue is not settled.  The original Almeida (first printed in one volume in 1819) and a revision done in 1872 have some errors, including calling Phebe a “minister” rather than a “servant” in Romans 16:1 and saying that many “sell” the word of God rather than “corrupt” the word of God in 2 Corinthians 2:17.  The 1872 has the right word for “dividing” in 2 Timothy 2:15, but it is out of print, except for a blurry photographic reprint sold in India.

Our Portuguese tract quotes the 2011 Almeida Corrigida Fiel.  According to the missionary who helped translate the tract, the ACF is not flawless and does not use the correct word for “dividing” in 2 Timothy 2:15.  The alternative version (Bíblia King James Fiel) does have the right word for “dividing” in 2 Timothy 2:15, but the missionary and native Brazilian believers agree that the BKJ is not good enough to replace the ACF without thorough revision.  UPDATE 1-31-2022:  The 6th Edition of the BKJ is much improved and IS good enough to replace the ACF, and that missionary and his church have done so.  For comparison purposes, I will leave the links to both versions here:

Over a period of 17 years, the Russian KJB was meticulously translated directly from the English KJB by a team headed by dispensational Baptist missionary Perry Demopolous.  It has the correct word for “dividing” in 2 Timothy 2:15.
www.harvestukraine.org

These are some of the problems with other Russian bible translations, according to Demopolous:

* Isaiah 14:12 changed “Lucifer” to “right hand”.
* Acts 8:38 teaches baptismal regeneration by saying the Holy Spirit came upon the Ethiopian eunuch after he came out of the water!
* 2 Timothy 2:15 changed “rightly dividing” to “faithfully teaching”.
* 1 Peter 2:2 teaches works-salvation by changing “that ye may grow thereby” to “that you may grow up into salvation“.

Living in a city with a huge Spanish-speaking population, I have studied the Spanish bible version issues more than any other language.  Of the many criticisms I’ve heard of specific verses in the Reina-Valera 1865, I can answer nearly all of them.  The 1865 is the ONLY Spanish Bible that has the right Spanish word for “dividing” in 2 Timothy 2:15 (distribuye: dividing something between several people, designating what corresponds to each one).
www.Valera1865.org 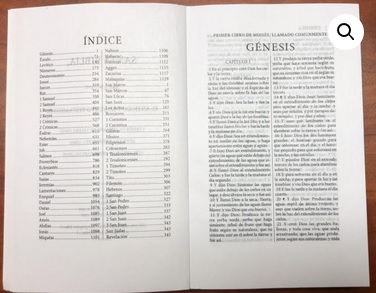 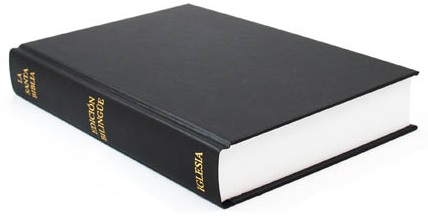 NOTE: The bilingual Spanish Bibles sold by LCBP have 50 textual changes (listed on an “Errata” page in the back and indicated by the year 2005 on the title page).  After these changes were made, and the Bibles were already printed, the involved members of the early Valera Bible Society had a change of heart and were convicted that the original text was given by inspiration of God and should not have been changed.  I agree.  If you buy copies of these, take a pen, mark through the altered text in the verses listed in the Errata, and write in the original reading.  (Most of the alterations are relatively minor and in verses that would not normally be used in witnessing.)

The “Thai-KJV” is probably the best Thai translation there will ever be.  It was translated by an independent Baptist.  But, sadly, it is not without error.  It has the wrong Thai word for “dividing” in 2 Timothy 2:15, so the verse is useless for teaching Biblical dispensationalism. 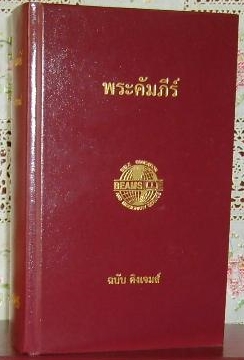 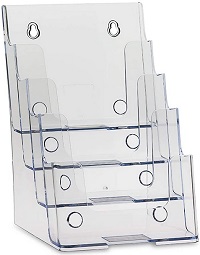 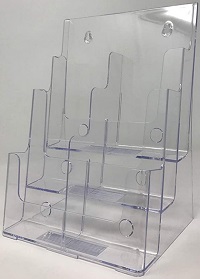